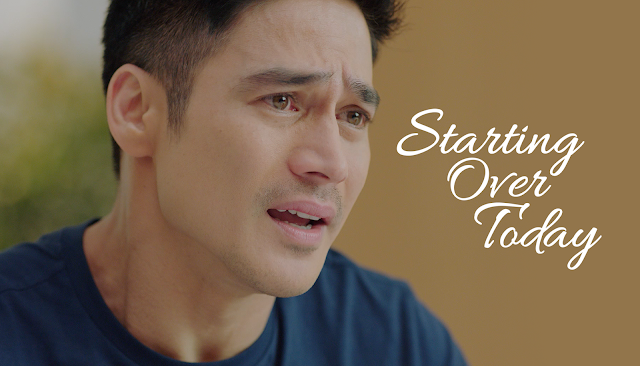 Being away from your family and loved-ones brings unimaginable sadness. Imagine this struggle that our OFW's need to face every day as they perform their duties in different countries missing every event with their families.

I still remember when I was an OFW in Hong Kong, despite my everyday struggle in missing my family, I always think of their future and that makes me stronger. Providing them what they need and sending money to my loved ones back in the Philippines gives me satisfaction from all the sacrifices I made abroad, and of course, sending the hard-earned money requires a trusted remittance partner where I can ensure that my family will receive it safely, and that's where BDO partner establishment helped me.

Experts in the Philippines and other countries have been warning us: along with the wave of COVID-19 infections would be a wave of mental illness. There’s no avoiding that: people are anxious, afraid, and many have lost jobs and face an uncertain future.

Add to that our collective isolation, loneliness, and dread. Overseas Filipinos (OFs) are particularly vulnerable. Actor Piolo Pascual is among those calling for more support for OFs during the pandemic.

He said that overseas Filipinos are already under a great amount of pressure as they face tough emotional, physical, and financial challenges. It’s not surprising then that some of them would have mental health issues.

“For decades, our economy benefited from billions of dollars in remittances. At this time, it’s our turn to give back and support OFs now that they are going through both a pandemic and an economic downturn,” said Piolo.

OF roles in movies, TVCs Piolo has played several OF characters in various dramatic films it’s a role that he also knows in real life because he used to be a security guard in Los Angeles, California before he achieved Philippine movie stardom. Recently, it was revealed that he again played versions of these characters in three new videos that will be shown in BDO branches, on BDO’s YouTube channel, and the BDO Kabayan Facebook page.

The commercials are light-hearted spin-offs or even slight spoofs of classic scenes in his movies “Milan” (with Claudine Barretto) and “Starting Over Again” (with Toni Gonzaga).

As the videos’ release coincides with OFs’ present situation, they take on more significance and meaning in Piolo’s view.

Reaching out, getting help Piolo said that the most important thing that OF's need to remember is to reach out for help.


Piolo added that people should be more empathetic and compassionate.

In one video, “Starting Over There”, a desperate man (named Marco Villanueva, played by Piolo) chases after a taxicab in the rain, calling after “Ginny” (the character played by Toni Gonzaga in the original film). It is implied that similar to the film, Ginny is leaving Marco to work abroad.

We then realize that Marco is doubly desperate as he kneels in the rain because Ginny seems to have left with his ATM card. He says that he needs it to access a remittance. Then a twist happens when an old woman, hair done in curlers, finds Marco as he fumbles in his pockets. Marco sees the ATM card was in his pocket all along.

Amidst this pandemic, let us remember to check with our loved ones abroad and let them feel the gratitude and love that they need to stay strong and positive even if they are far away from us.

April 13, 2017
Summer is already here. The temperature last week was 34°c and its getting hotter everyday. We have to open our windows to make sure that we won't get suffocated because of the heat. Summer is also the season of flu, bacteria that can cause cough and build up of phlegm. Kids should always be geared with proper protection. Their body needs protection from harmful diseases.

That's why I was so thankful that I used Nutri 10 vitamins for my Chelsea. This is the kind of vitamins that she really need. For sure most of you know that Chelsea is a picky eater. She only eat if we have Sinigang or gravy that she put in her steamed rice.

After taking Nutri 10 for almost a month now. I noticed some changes in her appetite and daily routine.  Before, Chelsea stays up until 2 am and wakes up around 11 am. Thankfully that routine changed and she also started to eat vegetables.
As a mom I'm always worried because I know that she is not getting the right nutrients that her body needs.

Say Yass! to Two Greenwich Lasagna Supreme Regular Pans for the price of one

July 28, 2019
Pasta comes in different shapes and sizes but whatever it is no one can keep us away from loving it whether it be a red or white sauce, Italian, Filipino Style, Pesto or in any way you like it pasta will be a Filipino favorite.

Speaking of pasta, aside from our regular favorites, this pasta has been a favorite of a lot of Filipino, and this is Lasagna, a delightful pasta dish oozing with multiple layers of meat and sauce on every layer of pasta and cheese, giving every bite a wonderful experience.

But what makes lasagna so special? The Greenwich Lasagna Supreme, for instance, an all-time favorite of actress and Greenwich kabarkada Yassi Pressman, has four delicious elements that make it so hard to resist.

It's beefy. One of the secrets to a great lasagna is in the meat. Greenwich uses high-quality ground beef that is perfectly simmered, browned and delicately flavored with spices to release its juicy and beefy flavors. If cooked correctly like the way Greenwich does it, the beef fl…
5 comments
Read more