Asia’s Songbird Regine Velasquez-Alcasid deeply treasures the relationship she has with her son Nate. The mother-son duo’s sweet connection is put front and center in their newest TV commercial for Jollibee.

Their second commercial together for Jolly Spaghetti, features Regine and Nate’s pinaka-sweet moments as they spend quality time together bonding over the best-tasting (most delicious) Jolly Spaghetti.


Their mother-and-son relationship is full of intimate and loving moments, such as those we see in the video. “He's very sweet,” Regine says of Nate. “He really is malambing ever since. He’s always spending time with me, and our favorite bonding moment is watching TV together. He loves that, and he always wants me to watch what he’s watching.”

Regine shares that they still spend a lot of time together even though Nate is already going to school. “When he doesn't have school, we'll just be in bed together,” she says. “He'll be tinkering with his iPad, then we'll watch TV, then we'll buy Jolly Spaghetti and eat.” 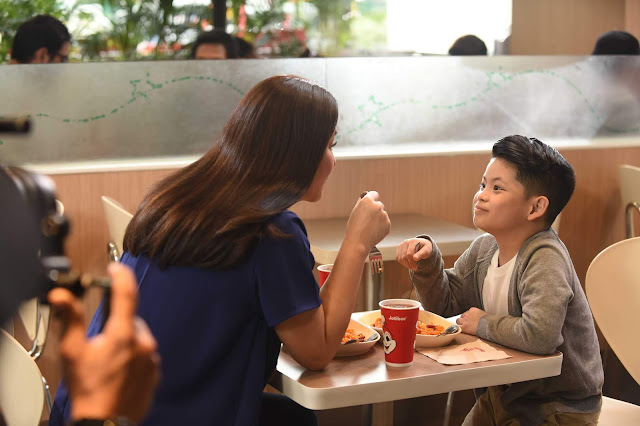 This personal side of Regine and Nate is true to life. She shares that long before they did this commercial, they went to a Jollibee and did something like what they did in the ad. “We went to Jollibee, Nate ordered Jolly Spaghetti for us, we ate and took pictures,” she recounted. “It’s the exact scenario.”

It’s no coincidence that Regine and Nate are Jollibee’s endorsers of choice. Nate simply couldn’t get enough of the meatiest, cheesiest, sweet-sarap Jolly Spaghetti.

“He loves Jolly Spaghetti. This is no joke,” Regine says. “On his first day of taping, he’s like, ‘I want to eat it!’ But he couldn’t yet. If he has a choice, he’ll eat it. He really loves it.” 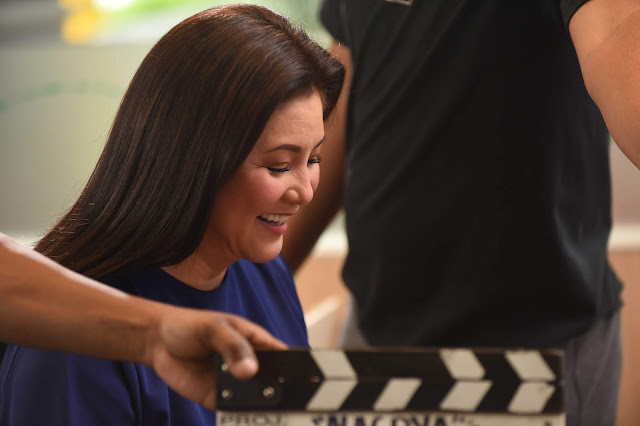 You also won’t be able to resist the meatiest, cheesiest, sweet-sarap Jolly Spaghetti—especially since the best-tasting Spaghetti is now made even more affordable. You can now get your favorite Jolly Spaghetti Solo for only P50, PHP55.00 for the Jolly Spaghetti w/ Drink, and for birthdays or special occasions the Jolly Spaghetti Family Pan (Good for 4-5) is only PHP200.00. All of which are available in Jollibee stores nationwide for dine-in, take-out, delivery, and drive-thru.

For more of The Kitchen Mom adventure, you can visit my Instagram account @thekitchenmom and Facebook Page @TheKitchenMom and please do always visit my blog for more of my featured restaurants, new products, health, adventures and more at www.thekitchenmombydhess.com

April 13, 2017
Summer is already here. The temperature last week was 34°c and its getting hotter everyday. We have to open our windows to make sure that we won't get suffocated because of the heat. Summer is also the season of flu, bacteria that can cause cough and build up of phlegm. Kids should always be geared with proper protection. Their body needs protection from harmful diseases.

That's why I was so thankful that I used Nutri 10 vitamins for my Chelsea. This is the kind of vitamins that she really need. For sure most of you know that Chelsea is a picky eater. She only eat if we have Sinigang or gravy that she put in her steamed rice.

After taking Nutri 10 for almost a month now. I noticed some changes in her appetite and daily routine.  Before, Chelsea stays up until 2 am and wakes up around 11 am. Thankfully that routine changed and she also started to eat vegetables.
As a mom I'm always worried because I know that she is not getting the right nutrients that her body needs.

Say Yass! to Two Greenwich Lasagna Supreme Regular Pans for the price of one

July 28, 2019
Pasta comes in different shapes and sizes but whatever it is no one can keep us away from loving it whether it be a red or white sauce, Italian, Filipino Style, Pesto or in any way you like it pasta will be a Filipino favorite.

Speaking of pasta, aside from our regular favorites, this pasta has been a favorite of a lot of Filipino, and this is Lasagna, a delightful pasta dish oozing with multiple layers of meat and sauce on every layer of pasta and cheese, giving every bite a wonderful experience.

But what makes lasagna so special? The Greenwich Lasagna Supreme, for instance, an all-time favorite of actress and Greenwich kabarkada Yassi Pressman, has four delicious elements that make it so hard to resist.

It's beefy. One of the secrets to a great lasagna is in the meat. Greenwich uses high-quality ground beef that is perfectly simmered, browned and delicately flavored with spices to release its juicy and beefy flavors. If cooked correctly like the way Greenwich does it, the beef fl…
5 comments
Read more